King Monada Balance ft Leon Lee. The song is officially out to the public and a new trend has already begun. Before the release of balance, Many fans and followers of King Monada‘s music have criticized him.

Some were saying that he lowered the standard of his music, as a result, he must improve. Leon Lee Balance was first introduced to the fans in a live video on Facebook.

Since then, the fans have waited impatiently for the released of balance. Some of the fans have already certified balance as a hit that will make an impact in 2019. However, this is still to be proven true. Listen to his new song below. 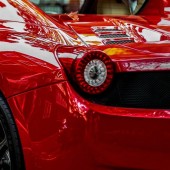