Lulu Menziwa rose into fame the previous years when her photos teaching wearing revealing clothes break the internet. She had been the talk of the town since then. Many people have debated about her dressing as professional or not a lot on social media platforms.

However, Lulu Menziwa did not let criticism to stop her from slaying at school premises. She claimed that her learners are young and don’t have adult minds. Lulu Menziwa is a teacher at KZN school. 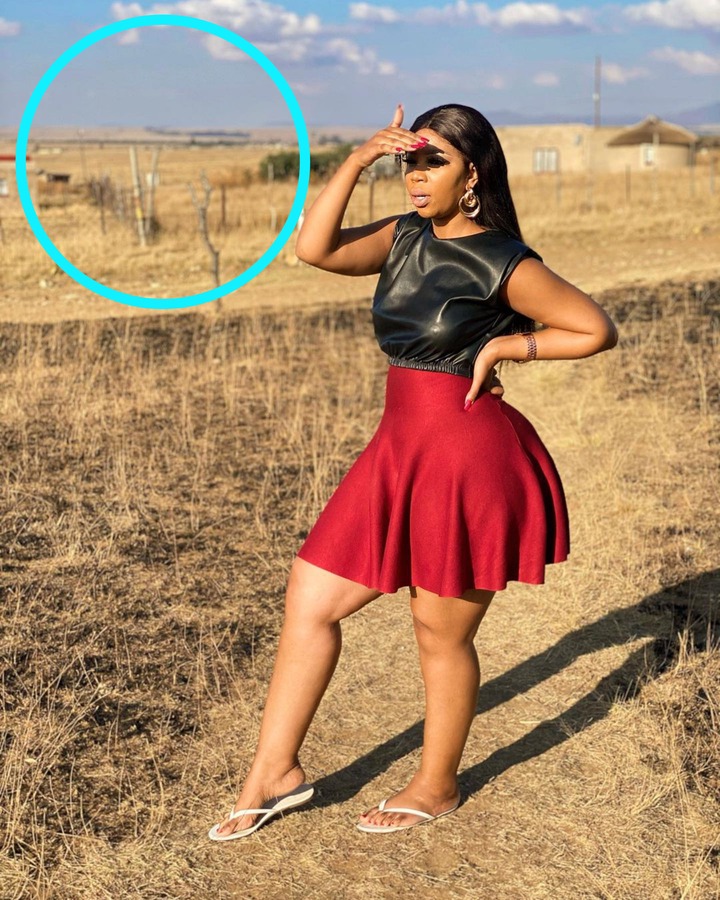 Lulu posts a photo on her Instagram page. People notice mud houses in her background. The houses are from the villages. People notice that she has posted photos in villages, They were surprised thinking maybe she doesn’t go to the Villages since she looks rich and fancy on social media. Some were amazed by her humbleness in taking photos in villages. Lulu usually posts photos in luxurious places and outside South Africa.