Ricky Rick was a global known personality and he was a popular singer, rapper, composer, actor, and musician. Mark was best known as the founder and owner of the record label Cotton Club Records. Now he is now news headline and Google trend because of his death. He died on 23 February 2022 in South Africa at age 34. His death cause is suicide. His full name is Rikhado Muziwendlovu Makhado.

Riky Rick was named Rikhado Ribeca Makhado at birth. He was born in KwaMashu Township which is located in the north of Durban. Growing up, Ricky Rick was raised mainly by his grandmother because his parents divorced while he was still young.

He eventually moved to Johannesburg after finishing his primary and secondary school. He stayed with his father in Johannesburg as he furthered his studies. The musician’s mother was travelling between America and South Africa in pursuit of her Law Degree.

Ricky Rick attended both his primary and secondary school in KwaMashu. After finishing his boarding school education, Ricky enrolled at Hilton College. The musician eventually enrolled at the South African School of Motion Picture Medium and Live Performance (AFDA) where he studied media and majored in Film Production. Riky started his career at a young age where he worked on development his prowess for musical instruments and on his raps as a lyricist. When he started music, Riky used to work and record with Bongani Fassie. Through Bongani, Riky started to develop his own desired sounds.

Riky first started with the single, Barbershop featuring Da L.E.S – a South African rapper. The musician rose to fame after he released his hit single, Nafukwa in 2014. Following the success of his single, Riky then released Amantombazane which became a game-changer in the industry. Riky Rick then released his debut album in 2014, Family Values. The album cover was focused on his upbringing and a house where he grew up, in KwaMashu. Finding comfort in his sound, Riky went on and released Boss Zonke which dominated the South African music charts for over 12 weeks on leading radio stations, peaked at number 3 on the SA Hip Hop Top Ten List.

Riky continued making music which accommodated lovers of trap music and Hip-Hop. He released his Sondela single, which was his fifth single since his debut. The song was dedicated to his real love, featuring South African singer, Zano.

Through his understanding of the industry, Riky has always believed in nurturing talents and working with artists who united with his music. He released Sidlukotini in 2016. The song was making a fashion statement as Riky is well-known for his sense of fashion and international collaborations with brands. 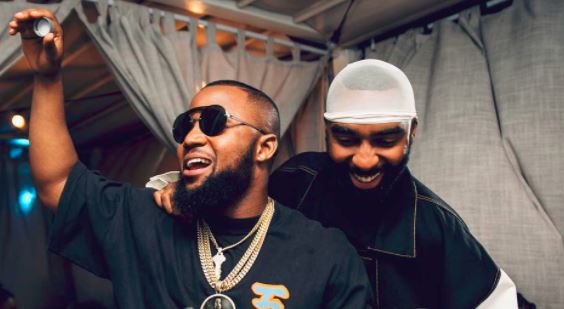 Ricky is estimated to be worth over R30 million this is through his Cotton Fest Annual Concert, Rolex endorsements, Remy Martin, Nike and many more brands that he has worked with.

Ricky Rick is said to have taken his life at his estate home in the north of Joburg on Wednesday morning. He is alleged to have hung himself with a rope.

A source close to the situation revealed that Ricky Rick was found by his management team at his house at around 8.30 am on Wednesday. They rushed him to the nearby hospital as he was still alive

Ricky Rick is said to have died whilst they were ferrying him to the hospital.

“Unfortunately he died when they were en route to the hospital,” said the source who did not want to be named.

Sources claim that the multi-award winning rapper was suffering from severe depression. One of his posts where he was talking about mental health issues and how people never take their mental issues serious has surfaced on the internet. He wrote;

They never take our mental health seriously. The pressure to be a man and a successful one for that matter is not easy we go through a lot we try so many times and we fail but we still get up and keep trying. Some times it becomes so heavy we try to find a easy way out.