Get to know Koloi from Skeem Saam.

Koloi from Skeem Saam has been making major waves in the soapie world. Tshepo Senatla is a South African actor who is well known for his character as Koloi in Skeem Saam. He is 23 years old who grew up in Ottosdal, North West, he almost gave up his dreams of becoming a popular actor and end up being a panel beater in the hopes of making ends meet.

He said it was during his panel beating days that he got the call that changed his life forever. The call led to his big break into the acting industry, and now he’s known as Koloi on the biggest show on TV, Skeem Saam in SABC1 show. Tshepo Senatla is acting as a high school learner. Retelling his story, Koloi said he grew up in a community that did not consider acting as a career. “I was surrounded by people who would say ‘i am ridiculous’ when i dreamed big.it is then I realized  my dream was really big for where i grew up.” 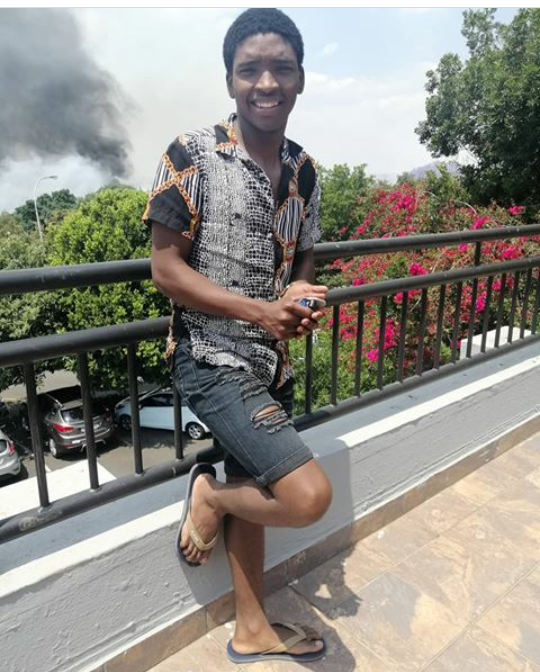 It was in 2016 when Koloi took a taxi to Johannesburg with only a bag full of clothes .” At the time my grandmother, Ousisi was working as a domestic worker in Northcliff. but i could not stay with her in the backroom she had at her workplace. I asked to stay with friends from back home who were in Johannesburg,” he recalls. Since he started working on Skeem Saam, he feels good about what future holds. ” I must be honest, I love my job and what I do for a leaving” Koloi said.

Koloi is the breadwinner in his family, His grandmother is back at home in the North West and he has to support her, his mother and his three siblings, Tshepiso (17), Ali (13) and Anes (10). Meanwhile, Skeem Saam followers had watched over the past month as a limping Koloi was chased by lion and feared the real life escaped lions may have come to “finish Koloi”. Koloi and his friends had got up to mischief during a school trip and struggled to their way to the bus.

He injured his leg on the way, which made things worse when they spotted a lion coming their way. He managed to outrun the lion, but his friend Jonas was not so lucky.

Watch: Zodwa Wabantu Taking A Bath In A River